Pakistan is blessed with sacred assets of major religions of the World and by promoting and facilitating religious Tourism, foreign tourist influx could be increased. This was stated by Special Advisor to Prime Minister on Overseas Pakistanis and Human Resources, Syed Zulfiqar Abbas Bukhari while addressing the participants of Vesak Festival at Taxila today. The Vesak Day Ceremony was organized by Centre for Culture and Development (C2D) in collaboration with Pakistan Tourism Development Corporation (PTDC) at Dharmarajika Stupa at Taxila.
SAPM said that remains of Gandhara Civilization in Taxila and Khyber Pakhtunkhwa, are the most sacred for the Buddhist community. However, it has not been properly taken care of, developed and projected internationally to attract religious tourists. He said that Prime Minister’s vision is to promote tolerance, bring inter-faith harmony and facilitate community of all religions to practice their rituals with comfort. Kartar pur is a positive step toward facilitating Sikh community, he said. Present Government led by visionary PM Imran Khan has a special focus on developing Pakistan’s Tourism and every effort will be made to tap the religious tourism potential.
Managing Director PTDC Syed Intikhab Alam said that PTDC will be facilitating the tourists to visit the sacred places and would work with provincial governments to upgrade the facilities. He said that PTDC will soon launch a publicity campaign to promote and develop tourism to contribute towards economic development through generation of income, employment and foreign exchange.
Chief Buddhist Monk of Singapore Rev. Dato Dr Sumana Siri, pay homage at the shrine of Dharmarajika Stupa, Taxila, alongwith H.E. the Ambassador of Sri Lanka. People of various Faiths, including Buddhist, Christian and fasting Muslims fully participated in the ceremony to show solidarity with our Buddhist friends. From the mighty stretches of the Karakorams in the North to the vast alluvial delta of the Indus River in the South, Pakistan remains a land of high adventure and nature. Trekking, mountaineering, white water rafting, wild boar hunting, mountain and desert jeep safaris, camel and yak safaris, trout fishing and bird watching, are a few activities, which entice the adventure and nature lovers to Pakistan.

Pakistan is endowed with a rich and varied flora and fauna. High Himalayas, Karakoram and the Hindukush ranges with their alpine meadows and permanent snow line, coniferous forests down the sub-mountain scrub, the vast Indus plain merging into the great desert, the coast line and wetlands, all offer a remarkably rich variety of vegetation and associated wildlife including avifauna, both endemic and migratory. Ten of 18 mammalian orders are represented in Pakistan with species ranging from the world's smallest surviving mammals, the Mediterranean Pigmy Shrew, to the largest mammal ever known; the blue whale.

Tourism is a focused area of the present government. Several initiatives are being undertaken to garner the potential offered by the tourism industry. To develop and enhance coordination with provinces, federal ministries, and private actors, facilitate in the development of policies, strategies, framework, etc, to market and promote tourism potentials nationally and internationally; and capacity building for the provision of quality human resource, the Government has constituted the National Tourism Coordination Board (NTCB). NTCB is mandated to:

As a part of the strategy, the NTCB formulated following thematic working groups to develop strategies and action plans in their assigned specific areas:

We are working on it, stay tuned. 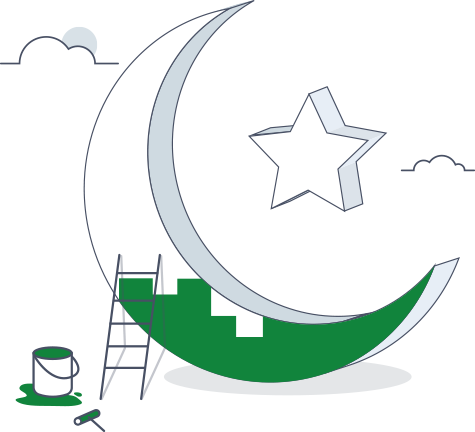